Susan Carter is an Educator and Comic who learned to cope with everyday situations with humour. She has been teaching since she was seventeen (Red Cross Swim Lessons) and continues to teach today as a sub after her 30 year full time career.

Susan Carter was born, well, MANY years ago in Weyburn, Saskatchewan. She was raised in Wadena, Saskatchewan, attending the University of Regina 1970 to 1974, and received her degree in Education.

In 1974, Susan married Alan Carter. For seven years they hopped around Ontario (remember, she was younger then and capable of hopping!), where Susan worked as a substitute teacher, worked in a carpet factory, taught swimming, taught quilting, waitressed, packed apples and cleaned houses for other people (never her own)

Susan and Alan moved to Alberta in 1980, where Susan began her career in Education. She got a job for the then Strathcona, now Elk Island County School Division teaching Art, Social Studies and Health at Fort Saskatchewan Junior High School.

Daughter Kristel was born in 1983.

In 1993, Susan decided to act upon a long-time dream to do stand up comedy (surprisingly, she got paid at a volunteer luncheon!).

From that point until 2009, Susan continued to teach and think of funny things while Alan cooked, cleaned, raised Kristel, fed the cat, and occasionally watched hockey. In addition, he managed Susan’s comedy career.

In the summer of 2009, Susan and Alan ventured to Nova Scotia – much to the puzzlement of Nova Scotians. “Why did you move here when your family is in Alberta?” The move meant more time for her passions; speaking about the importance of humour in the classroom, comedy shows at churches, and of course, having coffee breaks long enough to actually finish the coffee!

October 21, 2013 Kristel and her husband Joe became the proud parents of identical twin boys, Braden and Aaron. Susan is now a Double Whammy Grammy – there go the coffee breaks!

In 2019 after a ten year holiday in Nova Scotia, the Carters moved back to Alberta … to be with family! 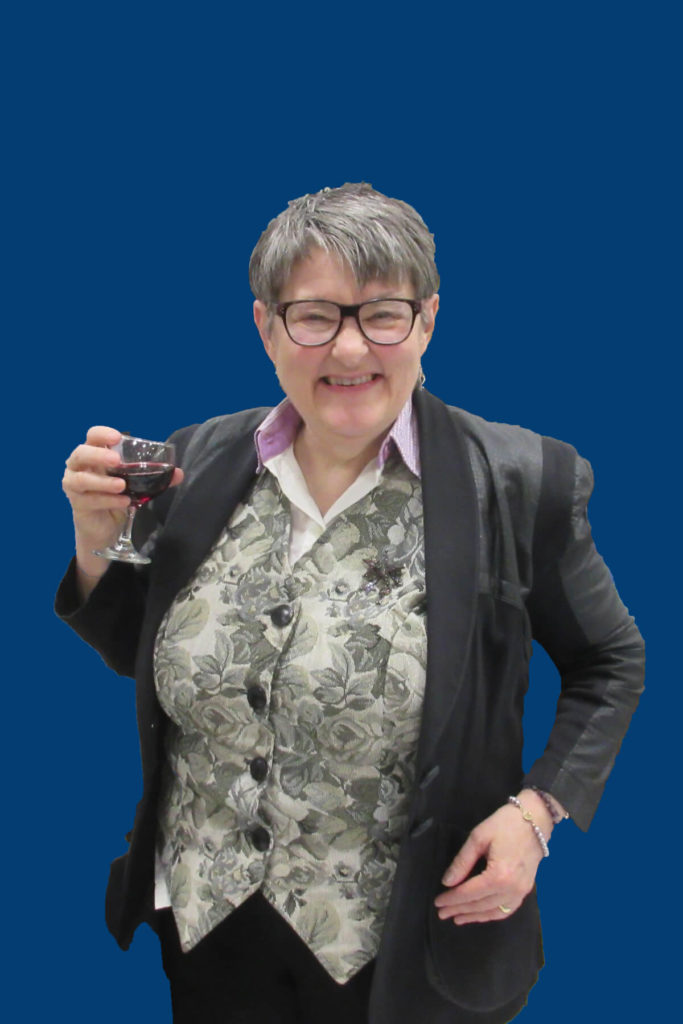 What They Are Saying

Susan Carter had the audience in stitches during Fort Junior High School's fine arts night ... Carter's imitation of a junior high student ('I only chew gum because it bugs the teachers,') had the audience rolling on the floor ...
Simon BlakeEditor, The Fort Record
If you are looking for a unique comedian with a fresh approach to comedy, Susan Carter is here to entertain!
Chris BelykTeacher/Colleague, Fort Saskatchewan Junior High School
Planning for our wedding was stressful enough, but with Susan at the helm we truly had one less thing to worry about. If you are planning your wedding, take our advice and let Susan be the MC!
The DeWilde's Whitecourt, Alberta
Previous
Next